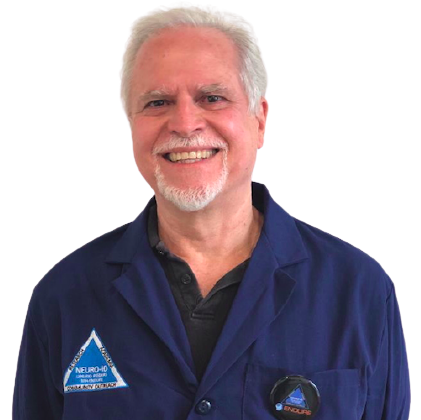 We decided to dedicate the 30th anniversary of the PR Neuroscience conference to Dr. Jose García Arrarás for his contributions to neuroscience  and research in Puerto Rico over the last 30 years. Dr. José E. García-Arrarás is a professor of the Department of Biology at the University of Puerto Rico. His research focuses on the molecular aspects of nervous system regeneration, specifically on the cellular events and genes that are important for the regeneration process to occur. One of his biggest contributions is to pioneer the use of the echinoderm Holothuria glaberrima to study the process of regeneration and organogenesis. He is the Principal Investigator of the NeuroID Program and the director of an NIH-ENDURE (R25) grant and an NIH-BD2K (R25) grant that focus on advancing undergraduate students into careers of Neuroscience and Big Data. He ran for over 7 years the NINDS SNPR Program at UPR-RP. And also, he has participated in multiple training grants for undergraduate and graduate students via the NSF-REU, NIH MBRS and NIH-MARC programs. Dr. José García’s research has been funded uninterruptedly for 29 years by NIH and/or NSF. He has a strong history of training undergraduate students (over 100), particularly underrepresented minorities. Many of his students have been co-authors in the laboratory publications and many others have continued to graduate careers.